'Belfast': Memories of an old man

The post-60s British director Kenneth Branagh has always been popular, whether for his performances in "Creed", "Murder on the Orient Express" and "Dunkirk", or his adaptation of Shakespeare and Christie's classic "Ham" Wright, Henry V, and Murder on the Orient Express, all have good reputations. Therefore, I pay close attention to him, and whenever a new work comes out, I always go to see it.

"Belfast" is Kenneth Branagh's latest work and has just been nominated for seven nominations including Best Picture, Best Director and Best Screenplay at the Golden Globe Awards this year. At this time when new films are skipping gears and the film industry is withering, it is undoubtedly gratifying to find a movie worth watching. 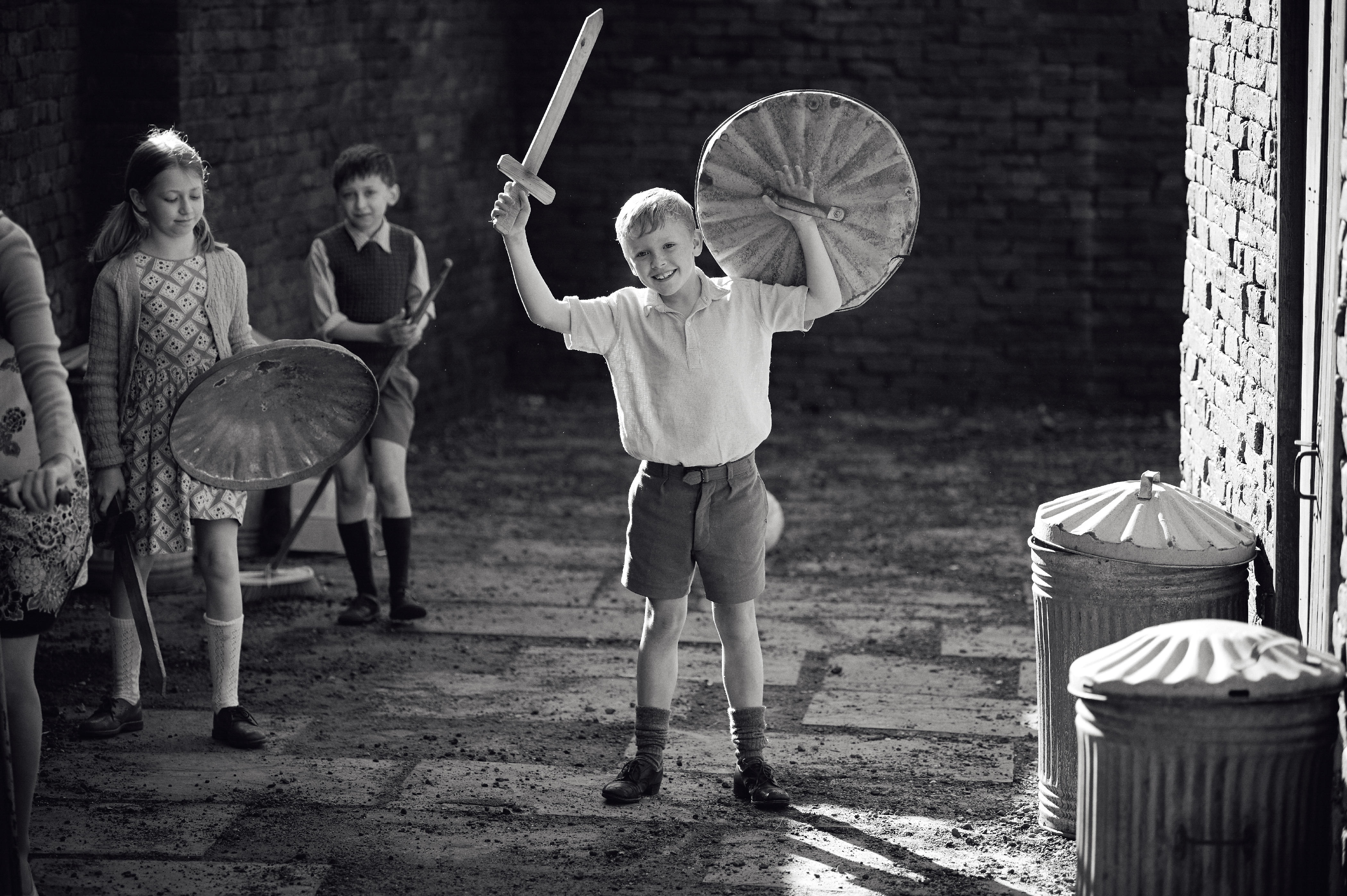 The first thing that caught my eye was the title Belfast. The name of this city reminds me of the Irish Republican Army, the battle for independence and freedom that once took place here. So, I take it for granted that this is an intense movie.

After watching it, I was disappointed, it turned out that this is a warm movie about hometown. Although there are bloody scuffles and barricade confrontations, the core is the growth of a child in a chaotic era. Therefore, although barbed wire, barricades, and gunpowder are always in the foreground and background, happy children and adults are always the main body of the film.

Anyone familiar with European history will remember the religious war between Protestantism and Catholicism. Especially in Britain, from the Middle Ages to the nineteenth century, the conflict between Protestantism and Catholicism was omnipresent. On January 30, 1972, the Northern Ireland Civil Rights Association held a rally and parade in Londonderry, where 12 people were shot and killed by the British army, known as the "Bloody Sunday Incident".

In the movie "Belfast", these bloody pasts have turned into a faint wisp of gunpowder smoke and become the backdrop for the fragmented life stories of an old man, a couple and two children. Kenneth Branagh uses the most beautiful scene at the beginning and end to tell the audience that these painful memories have long been a distant past.

As an actor, Kenneth Branagh obviously has a lot of experience in acting, which is also embodied in this "Belfast". In the film, the performance of the two old couples, two young couples, is the biggest highlight. Mrs. M Judi Dench, who just quit the 007 series of films, and Steppenwolf Ciarron Hinds in "Justice League" played a pair of elderly couples who were close to each other with ease and vividness, which left a deep impression. And Jude Hill, the child star who plays the film's protagonist Barty, interprets a little boy's hazy love for a girl very naturally and vividly, adding a warm tone to the film, which is in harmony with the film's black-and-white style, lyrical music and deliberate selection. The shooting angles of the film together form the lyrical and sentimental tone of the film.

"Belfast" opens with a beautiful view of the city, accompanied by a song: "When I was in my dreams, something very special was very profound. I cried out, I have a whole new story." The subtitles at the end are: "To those who have stayed, to those who have left, and to all those who have been lost." This clearly shows the theme of the film and the intention of the director. Kenneth Branagh was born in Belfast, and the film, known as his love poem to his hometown, features a young boy, Barty, who is apparently his own incarnation. This film is very similar to "Roma", which won the Oscar for best foreign language film and best director three years ago. It is a black and white film, and it is all about the memory of the hometown. Many critics have compared the two films, arguing that Belfast is clearly inferior to Roma. I agree with this view. Regardless of the emotions of the family or the mapping from the background of the times, "Belfast" is more than one grade worse than "Roma".

It is normal for people to recall memories involuntarily when they are old. But if you want to show this memory to the public, you have to ask your memory to have a public meaning, not just a private emotion. Kenneth Branagh doesn't seem to understand this.
As a movie, Belfast is beautiful. It's just that this beauty seems to be empty, and there is a considerable distance from the history of the city and the emotions of the public.