"The Queen's Gambit "- Genius or Maniac? 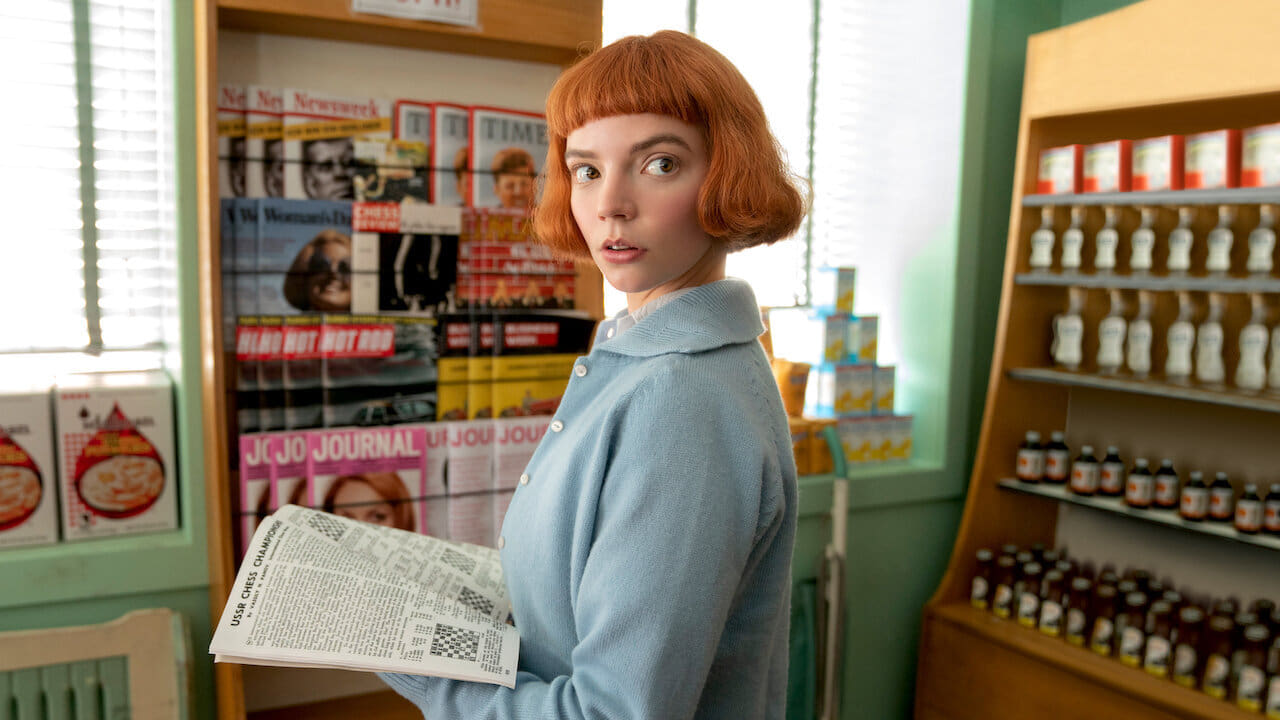 When the time comes to 2020, following the explosion of "Deadly Woman" in 2019, another cool drama "Abandoned Soldier" by a big heroine has come into the public's eyes. Although both are cool dramas in essence, unlike the former, "Abandoning the Soldier" does not hype about gender opposition and smear men in order to conform to political correctness and play the feminist card, but tells a story of a talented female chess player who has gone all the way. hand story.

Synopsis
In the late 1950s, young Beth Harmon (Anya Taylor-Joy) is abandoned and entrusted to an orphanage in Kentucky. She has an amazing talent for chess and is addicted to the sedatives the government provides to children. Beth is haunted by her own demons, and a combination of drugs and obsessions turns her into an impressive, skilled and charismatic outcast determined to break with the established traditions of the male-dominated chess world limit

The rear gambit is a way of opening a game in chess. In chess, white moves first. The way to play with this opening is that in the first step, White moves the pawn in front of the queen two squares forward, and Black should do the same by moving the pawn in front of the queen two squares forward. At this time, White moves the pawn next to the queen or the flank two squares forward and sends it to Black to capture. If Black chooses to capture this pawn, then the middle position will be released. By giving up the pawns on the queen's flanks in exchange for a position in the middle of the chess game, and at the same time opening the way out for the bishops and queens in the second row, gaining the advantage of the situation. Abandoning pawns on the rear wing is a professional term in chess, which probably means deliberately sacrificing one's own pawn "pawn" at the beginning of the game, so as to achieve an active advantage in the chess game.

The Price of Genius and (Spiritual Journey)

Beth Harmon ends up in a depressing church children's orphanage due to a car accident, where children hope to one day be adopted, and so does Harmon. She was just an ordinary girl at this time, and her mother had passed away. Fortunately, she met the janitor who changed her, and she found her favorite, playing chess.
At this time, all Harmon could do was to keep playing chess, because it was the only ray of light in her bleak life at that time. She could only find the confidence she had lost in her life in the chess game.
Harmon will enter a state of ecstasy when playing chess, and can even simulate the chess game in his mind and project it onto the ceiling, which is a real open-hung existence.

open
This reminds me of the recent Pixar movie "Spiritual Journey". In "soul", every soul needs to find its own spark (spark is its favorite thing) before coming to the world to come to the earth, and In reality, this thing also needs to be explored and discovered by ourselves.

Spiritual Journey
Harmon is very lucky because she found something she is willing to spend her life for at a very young age, but she is also very unfortunate, in addition to her background and her overly powerful talent, which makes her a genius It is destined to be difficult to be understood by the people around her and to be lonely in the heights.
Genius on the left, lunatic on the right
Recalling the many geniuses in history, maybe just one step away will fall into the abyss. As the saying goes, the genius is on the left and the lunatic is on the right, just like Freddy, the lead singer of my favorite band, Queen.

ending
At the end of the story, after Harmon defeated the world champion, he went to the street to play chess with the uncle on the side of the road. Maybe at this time, she recalled the time when she played chess with the school staff in the basement many years ago. She loves chess and has always been Love playing chess, always.
In the play, the story stops abruptly at this moment, forming a closed-loop structure.

closed loop structure
So after watching the show and experiencing the genius for seven hours outside the show, we may only be left with a long sigh and the endless emptiness that follows. We are not geniuses, this may not be a simple bad thing, because we are not geniuses, so there is no need to experience this more contradictory life, what we need is to continue to return to our work and study after watching the cool drama, and work for our dreams. Fight, be yourself, and enjoy life.

A person's expertise is not necessarily the most important, what matters is life and growth. Enjoy life, be kind to yourself, take risks