The ultimate setting of light and shade - "The Tragedy of Macbeth" 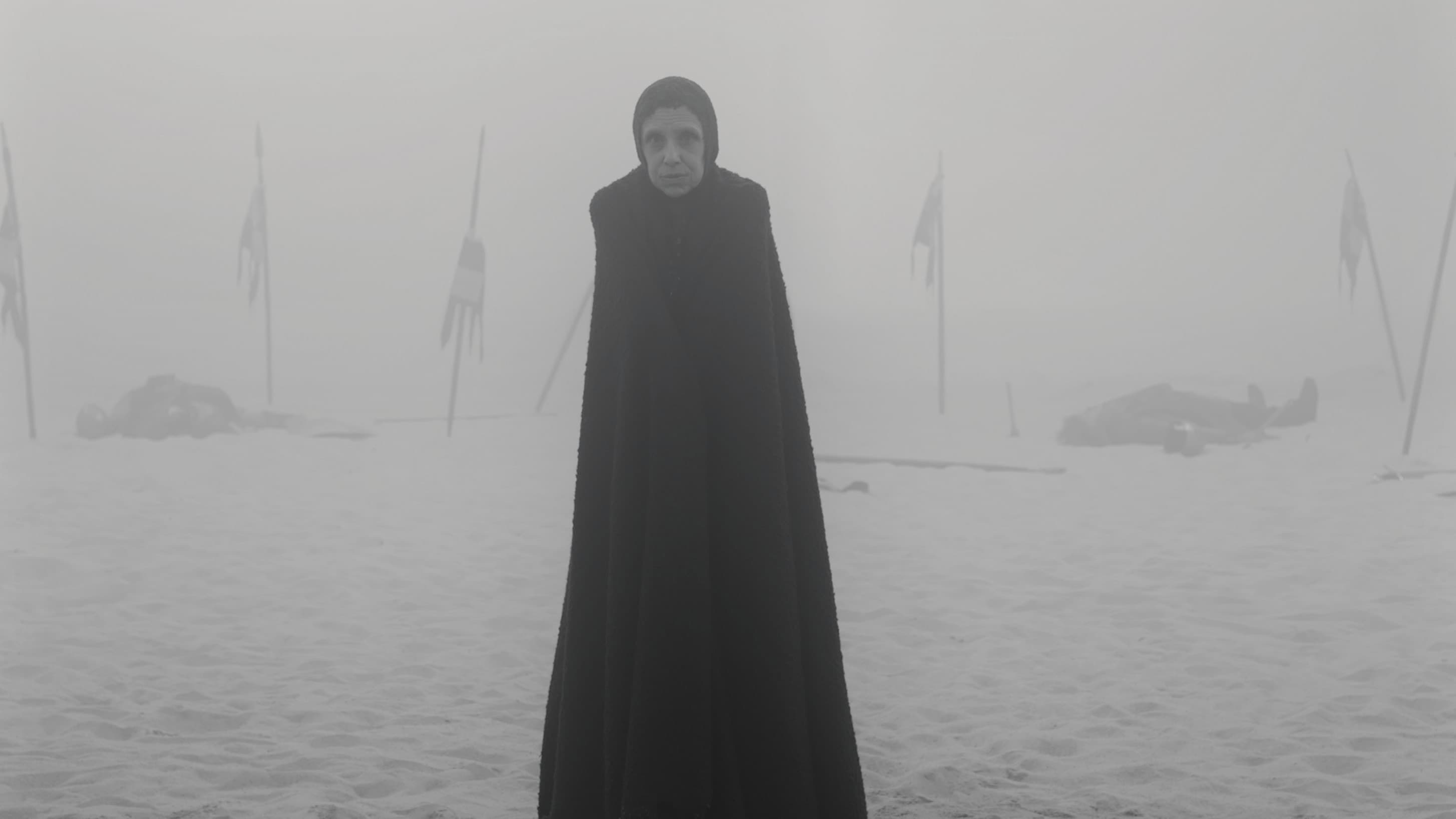 "Macbeth" (Macbeth) is a famous play by British playwright Shakespeare, and "Hamlet", "Othello" and "King Lear" are also called Shakespeare's "four tragedies".
Over the years, film and television adaptations have emerged one after another. The latest film version is produced by the famous literary and artistic film distribution company A24. Director Joel Coen (Joel Coen), actor Denzel Washington (Denzel Washington) and actress wife Francis ·McDormand (Frances McDormand) performed a version of "Macbeth's Tragedy" in his mind.

Shot entirely in black and white, the film will have its world premiere at the New York Film Festival on September 24, 2021.
It was then released in A24 theaters and launched globally on Apple TV+.

The story of "Macbeth" is familiar to everyone.

General Macbeth was the cousin of King Duncan of Scotland.
Macbeth met three witches on his triumphant journey, and the witches predicted that he would be crowned king, but he had no heirs, and the descendants of his colleague, General Banquo, would succeed him as king. Hearing this prophecy, Macbeth had mixed feelings.

At the instigation of his wife, Macbeth murdered King Duncan, framed the king's guards, and established himself as king. The usurped Macbeth was paranoid all day long, and according to witch prophecies, he further harmed Banquo and his son Flaynes. Banquo was assassinated, but Flains escaped.

After all the bad things are done, Macbeth is under great mental stress, so he asks the witch for help.
Macbeth received three more prophecies from the witch: beware of Macduff; no man born to a woman can hurt him; and he will be safe and sound until he comes to Dunseyside in the Woods of Southwood. So Macbeth further killed Macduff, killing all of Macduff's family. Macduff was not in the castle and escaped. Macduff joins Duncan's son Malcolm in a crusade against Macbeth.

In the final battle, Macduff killed Macbeth because he was delivered by caesarean section, not vaginally.
Flaynes later succeeded in becoming king, and so far the witch's prophecies were all fulfilled.

The film is Joel Cohen's first solo directorial work.
Joel Cohen shot the film in just 36 days, setting his record for the shortest shot.
The black actors in "The Tragedy of Macbeth" are all African-American, which is also a departure from the usual practice in Shakespeare's adaptations. In the past adaptations, I prefer British actors, especially African-British actors.

In order to make the film look "out of reality", all but the last shot of the film was shot on a sound stage by Joel Cohen.

All the scenes in the film are set up on stage, and the sets are minimal but stylish. Surreal light and shadow and minimalist sets allow the audience to better focus on the expressions and limbs of the actors.

In addition, in order to make the light of the film look detached from reality, except for a few dresses by Francis McDormand, all the costumes and sets are black and white, and even some sets are directly painted with shadows, creating the visual effect of the film. .

In addition to the mesmerizing set, the superb acting skills of the actors in the film are even more addicting.

Denzel Washington played Macbeth with a sense of twilight lost in the desire to kill, and Shakespeare's famous lines came out of his mouth like a mad old man giving an inner monologue. Macbeth walks of his own will, or is coerced by others, accompanied by ambivalence all the way, hateful and embarrassing, just as Washington plays.

The ultimate light and shadow setting, a new artistic interpretation.