Home > News > [Top Episodes] "Liu Scholar's Wedding" is the most powerful cp demolished in the history, and the elder brother gets married instead of the younger sister!

[Top Episodes] "Liu Scholar's Wedding" is the most powerful cp demolished in the history, and the elder brother gets married instead of the younger sister!

The Korean love fantasy web drama shows Seol E and members of the boy group in "Love Astronomy". The heroine Yinhe accidentally found a mysterious "white hole" in the ceiling of her home. Unlike the "black hole" with a strong attraction, the "white hole" is a When she found the object, she successively received pencils, guitar shrapnel, white socks she wore, and letters crumpled into a ball. What was going on? During the Joseon era, many people married people they had never met and stayed with them for the rest of their lives. For this reason, sometimes the marriage partner may not be aware of the swap. And if the object of the bag drop is a man! A light comedy about the rampage of newlyweds, a pair of people fall victim to their parents' political marriage, only to find out that the bride is a man at the wedding? But in the slow contact, they developed a subtle attachment to each other... 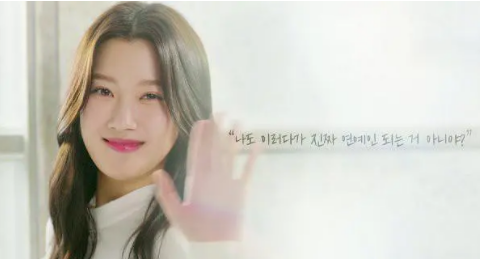