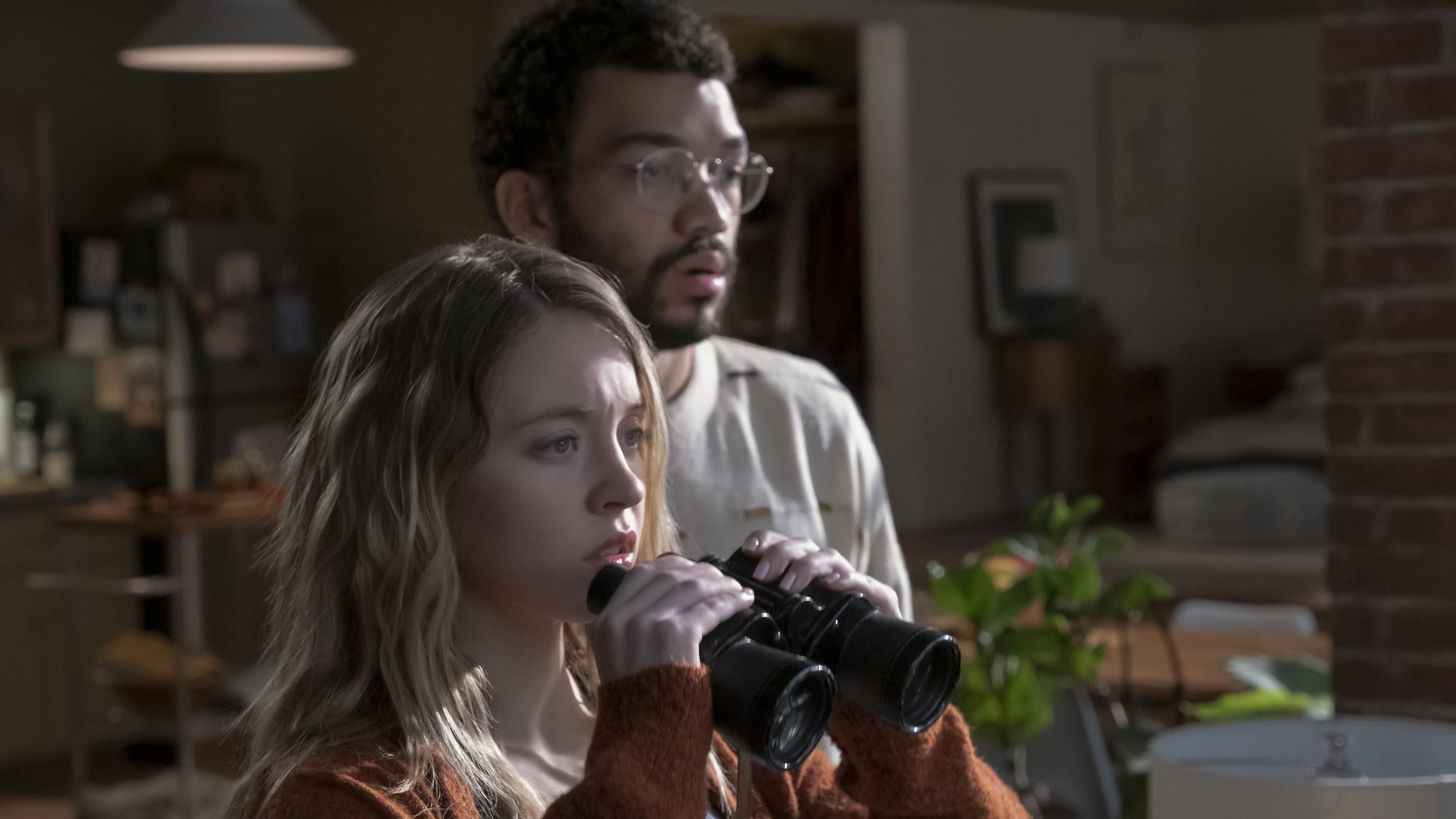 It is unethical to spy on the privacy of others. If you don't control it well, you may hurt others and yourself, leading to irreversible disaster. The recent launch of the thriller and suspense film "Voyeur" has brought new ideas to the peeping incident. The male and female protagonists peeped at the lives of neighbors, but let their own lives fall into a vortex.

1
Pippa rents a small apartment with her boyfriend Thomas, who just graduated from work. The new apartment is spacious and bright, with a wide view, but the landlord has only one requirement: no curtains are allowed in front of the floor-to-ceiling windows. Pippa and Thomas didn't think much of it and moved there quickly. On the first night, the young couple sat happily by the window, enjoying the future, but they unexpectedly saw something they were not supposed to see.
In the beautifully decorated house opposite, a young man and woman are doing something indescribable. The next day, at the suggestion of a friend "since they make no secrets, look boldly", after get off work, Pippa still looked at the opposite side. In order to have a better understanding of the neighbors, Pippa specially bought a telescope to go home. The most important entertainment every day is to see the daily life of the neighbors opposite.

The first turning point in the story occurred on the day the woman was away on a business trip. The man opposite brought home a beautiful woman. First, he took pictures of the woman with his camera, and rolled onto the bed while taking pictures. Pippa is an optometrist at a luxury optical shop. Her job is to select the right lenses and frames for her customers. On this day, she happened to meet the hostess opposite to match her glasses. They hit it off. They talked speculatively and agreed to play together another day. Pippa wanted to tell the truth, but was afraid to expose the fact that he was peeping, so he held back. Pippa had a bold idea: If only he could hear what they were saying, it just so happened that Thomas used the Tyndall effect to develop an eavesdropping device in college. He only needs to install a mirror on the opposite side to achieve the purpose of eavesdropping. There's a masquerade party just across the street. Pippa and Thomas, disguised as partygoers, slipped into the opposite house and fitted a mirror. After the dance, the two of the other party quarreled. The woman challenged the man for cheating, the man denied it, hit the woman, and even broke her glasses.

The next day, the hostess came to get glasses and let Pippa go to the spa to chat. She connected the wireless printer opposite and told the hostess the fact that her husband cheated by printing, and the condoms used in the trash can. After seeing the news, the hostess found the used condom according to the prompt, and picked up the knife angrily, trying to kill her husband. Finally, she put down the knife. Unexpectedly, the next morning, the hostess committed suicide, lying in her husband's arms, covered in blood.

Thomas could not accept this fact. He hanged himself. When Pippa got home, he looked up and saw Thomas' hanged body. Pippa's front foot caused the hostess to fall and commit suicide, and the back foot caused her boyfriend to commit suicide, but he didn't know how to repent. He even ran off to a photography and painting exhibition hosted by the male host, wanting to stay with him. Unexpectedly, the mistress of "suicide" also appeared in the exhibition and told the truth of the incident. Everything is performance art they planned.

It's a game carefully crafted by the opponent from the very first contract. Pippa thought he was peeking into other people's lives, but he didn't expect to be spied on. Knowing everything, Pippa decides to move, but he sees many dead birds on the windowsill, feeding the birds in a cage full of Thomas' favorite vegetable juice. Vegetable juice questions? Wasn't Thomas' death a simple suicide? everything, what's wrong? After finding out the truth, Pippa decides to avenge her boyfriend...

2 "Voyeur" is a thriller and suspense film, starting from "voyeuristic desire", starting a series of suspenseful reversals, and then writing to the contrast of human nature, the whole process is high-energy.