Heck, when it comes to "resigning," there's a lot to say. Or complain about the company, or start a new life, or have a little time to breathe and lie down... Apple tv+ recently released a drama about "leaving". 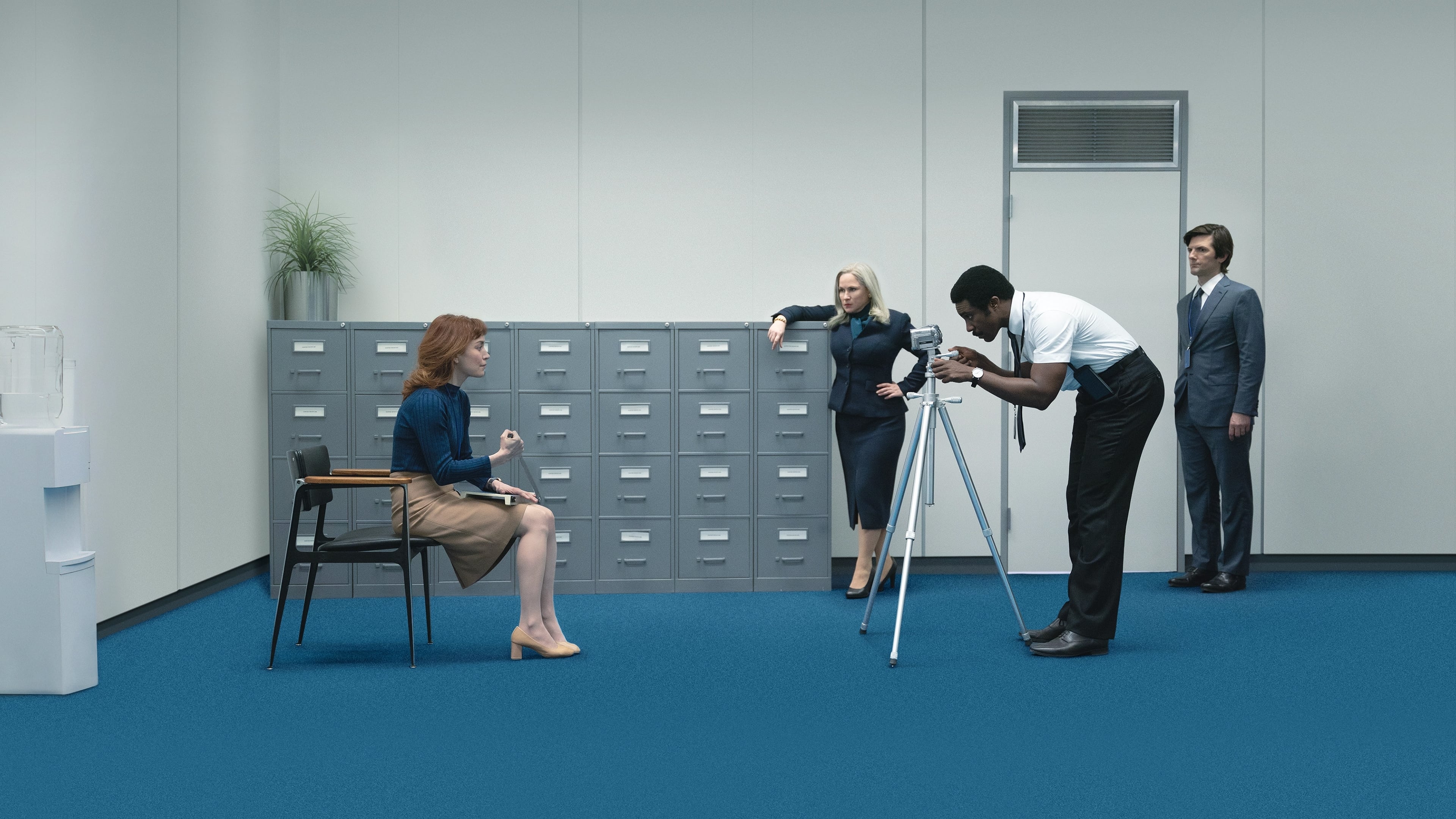 Douban 8.6 points. Four and a half star review. It ranked sixth on the global word-of-mouth drama list for the week. It takes the path of suspense and thriller, and the style is very unique.

After watching the first episode, I have the same opinion as many netizens, and I feel amazing. The scene at the beginning felt very novel, the layout was simple, and the color matching was advanced. There was a woman on the long table, lying on her stomach, slowly waking up. There was something in front of her that seemed to be used for communication. So what are women doing? Can you imagine that this turned out to be an interview? Wow, this is the first time I saw an interview... There is someone watching her outside, this person's name is Mark, in addition to observation, there is also an important part of the interview, asking women questions. The woman doesn't seem to be emotionally stable, and even wants to run away from here (or don't know what's going on? Then, Mark starts to ask questions outside. Mark also has a manual, just follow it and ask questions. Questions It's nothing more than, who are you, where are you born, and what does a person named Xiao Yi like to eat... The woman was a little stunned when she heard these questions, and she couldn't figure out the situation for a while. Then she found the surrounding They were all closed, and she couldn't get out by herself. There was no other way to think about it, so she answered the question bravely. In the end, she only answered one, and she didn't even know her own name... A woman can be said to be a brain It's blank. So, is this performance good or bad? Mark immediately opened the door, came out of the room behind him, and said to the woman, "You answered very well. What's going on? It turns out that the woman had been After an operation, this operation belongs to the type of memory separation operation. The postoperative performance is that after work, I completely forget every bit of work at work; after I work, I completely eliminate the memory of my life. This operation is actually the original The important setting of the play, the self at work and the self at life, are completely separated.

The woman's name is Xiaoli, and she volunteered to undergo the separation operation. Said to be voluntary, mainly because the company prepared relevant videos in advance, in which Xiaoli said that she was voluntary. But when she woke up from the operation, all her previous work-related memories were cleared, and Xiaoli didn't know if it was true or not.

Then we found out that Mark is actually quite strange. Crying uncontrollably in the car before going to work. After arriving at the unit, his mood quickly turned around and he was very energetic. Immediately change clothes, change expressions, and look competent. Then he started his own work - dealing with all kinds of strange numbers. It can be seen that Mark has also undergone memory separation surgery. When he was living and when he was working, he was completely different, and their memories did not cross each other. People here seem to be like that.

In his department, Mark has a good friend named Xiao Pei, and the relationship between the two is very good. But when he came to the unit that day, he received a very sudden news that Xiao Pei had resigned. Because Xiao Pei left, he also got the opportunity to be promoted. It's just that when he asked Xiaopei why he left, the company's top management did not give a decent explanation. It was said that he left, and Mark also felt very puzzled. After all, he and Xiaopei had such a good relationship, why didn't he tell him? It was very sudden... Until later, Xiao Pei appeared. Xiaopei said that because of the use of a special technique, the memory of work and the memory of life were intersected. So I also learned the company's huge secret. After Xiao Pei left, he has always been afraid that the company will engage him behind the scenes - it is very likely that he will be killed one day. So I decided to tell Mark all the secrets in the unit when I was still alive...

It feels like there is a huge conspiracy behind it. What will be the fate of Mark? What about Xiao Li, who underwent surgery before? I feel that the story behind it will be more exciting... wait and see.