As a child, Jun Jun was often told by his family members: "Don't play too late, go home early".

Recently, there is a drama that practiced this set to the extreme.

The streets are empty at night,

All rushing home before dark— 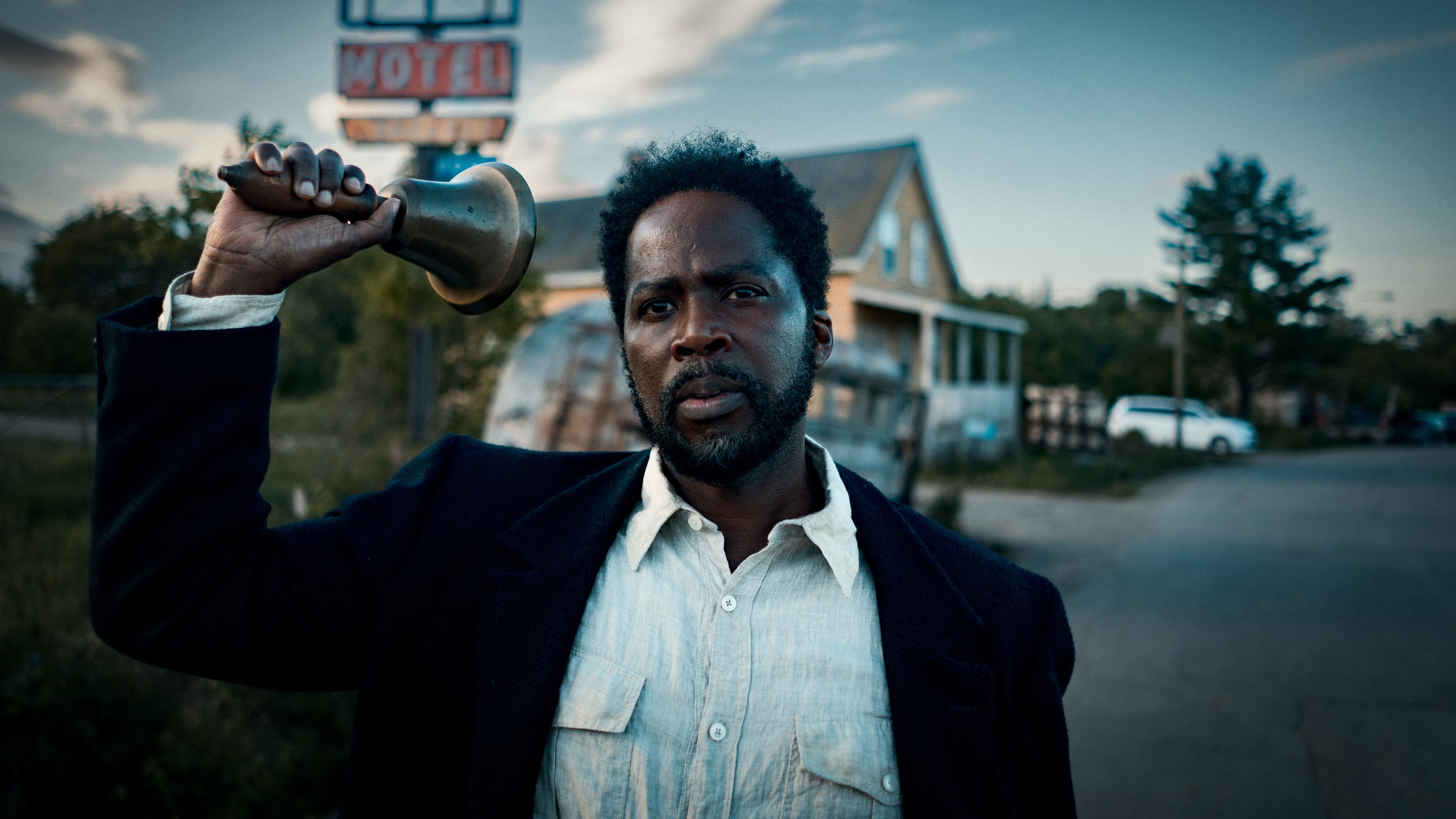 It tells the story of a bizarre town that can only be entered but not exited.

Residents must not only find a way to escape as soon as possible, but also beware of the "man-eating" monsters that haunt after sunset.

01
In the small town, the ancient curfew system continues.

Not only are there bell ringers urging them on the spot, but residents have to get home before dark.
Before night falls, every household will hang a spell in the house and lock the doors and windows.

The beginning of the story is high energy! When night came, a little girl was ready to go to sleep. Suddenly, she heard a familiar voice from her grandmother outside the window. She opened the curtains, and grandma gently persuaded the girl to open the window. This scene happened to be caught by a passing mother. The mother yells "not grandma" and tries to stop it. However, it was too late, the girl had opened the window. The next day, residents found the torn bodies of the girl and her mother, in horrific state of death. Meanwhile, the girl's alcoholic father hurried home.

As soon as the camera turned, the Jim family, the protagonist of the play, appeared. They are happily about to start their family journey. The strangeness started from a big tree that was broken in the middle and blocked its way, and a group of circling crows quickly gathered in the sky. No way forward, the Jim family turned around again. They drove into a small town. The streets are littered with shriveled flat tires and abandoned cars of all kinds. Father Jim, a family of four, got out of the car and asked for directions. However, the residents all shunned and remained silent as if they were afraid. The sheriff told Jim to drive up the hill to get out of town. However, no matter how many turns the Jim family made, they were always back where they started.

This is a town where you can only get in, can't get out, and can never escape!

Jim, who suffers from road rage, gets into an argument with his wife. At this moment, a car rushed over at the intersection ahead. The two vehicles collided, and the RV rolled on one side into the forest. A terrible car accident. The worst was the younger brother, who was unable to move after the stick pierced his thigh. Fortunately, the driver of the other car was still conscious and ran into the town for help. In the end, the sheriff and his party came in a hurry and rescued the Jim family.

02
Soon, the Jim family settled down in town. In the town, residents from all over the world gathered. They all broke into the town by mistake like the Jim family, and they couldn't get out after trying everything. Gradually, the residents adapted to the survival mode here. Not only do they have enough food and clothing, but also extend the corresponding social institutions, such as police stations, ambulance stations, restaurants, etc. Residents can choose to live alone in the town, or live in a group room to jointly defend against foreign enemies.

The town has a punishment system for warnings. Inadvertently or intentionally causing the death of others, you will be locked in an iron house without a spell for one night. This is equivalent to being sent to the "guillotine", and there is no doubt of death. The alcoholic father became the first person to be executed after the disciplinary system was born. But the move is clearly controversial. On the one hand, they are all fallen people from the end of the world. The loss of children and wives has driven people to a desperate situation. Is such a cruel punishment still needed? On the other hand, if discipline is not enforced, it is difficult to maximize compliance with the rules and minimize casualties.

On the other hand, some town residents secretly killed the wounded who were rescued. Not only that, but they also quietly opened the door of the rescue station at night like an alliance with a nightmare...

The above is the main plot of the first three episodes. The main characters and background settings are paved, and the plot has not been expanded too much.

The setting has a sense, the plot is compact, and the appetite is full. Why do townspeople kill each other? Will the residents finally be able to escape the town? Is there a huge conspiracy behind the town? In addition, characters with different personalities also have their own stories, which are full of mystery.