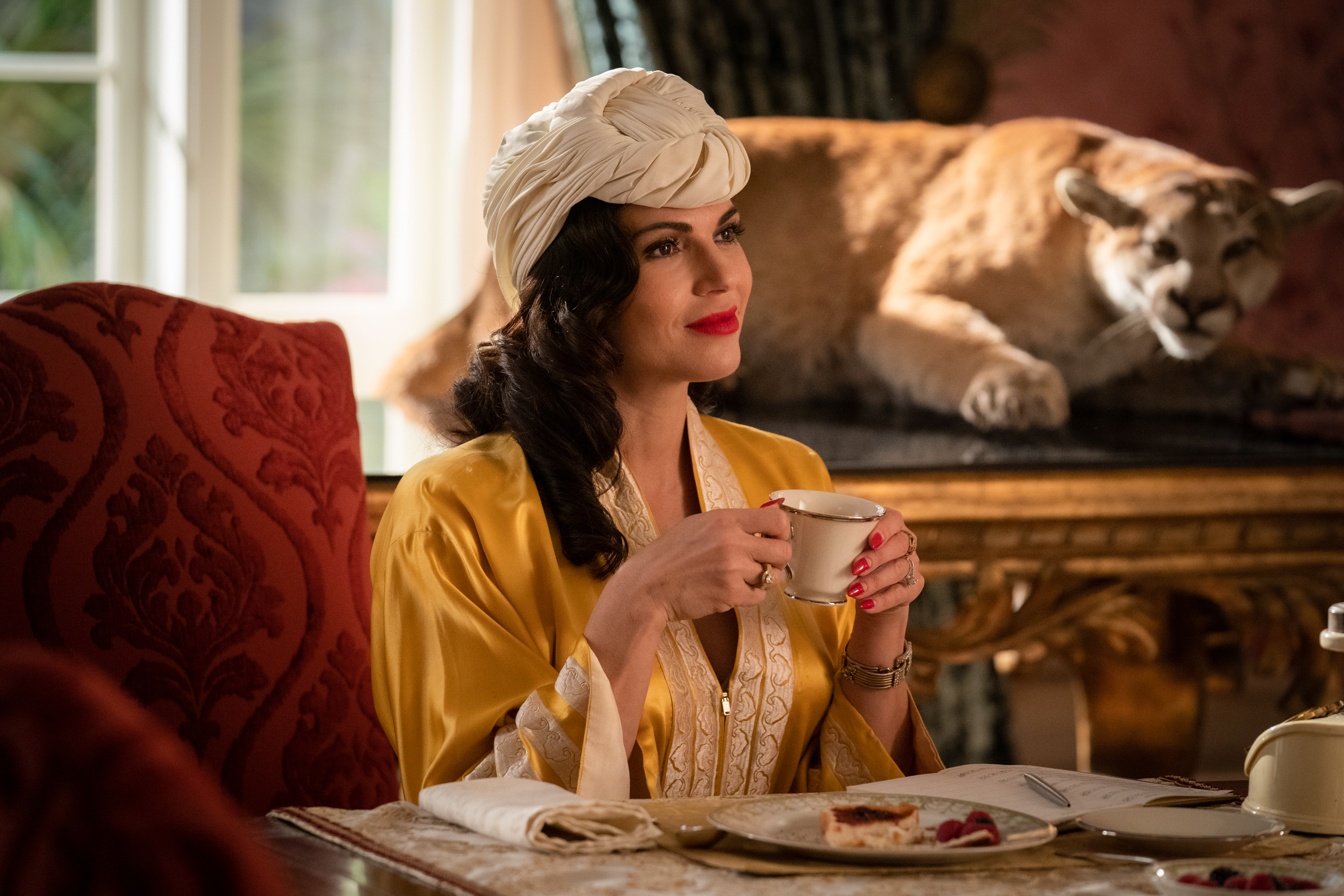 This drama tells the story of a housewife who pursues vanity to a twisted heart and her veterinary husband who loves her deeply.

I have to admit that sometimes I recognize some of the heroine's ways of thinking, If I want something, I make it. If I have a problem, I fix it by myself. Without help from you or anyone else. Almost all successes in the world are covered with ulterior secrets and terrifying remains, which is why China has a saying that if one succeeds, all the bones will die.

And Nile Frost, who plays her husband, is a member of the protagonist group in "Shaun of Zombies". He has a career as a veterinarian in the play and looks like an ordinary person.

Lana Parrilla, who is also the heroine, played the evil queen of "Fairy Tale Town". In the play, she plays the noble lady Rita. She came from a humble background and achieved her current status by marrying an elderly rich man. Now she is looking forward to the death of her old husband every day, and she has to cheat with her stepdaughter while cheating Fight bravely.

In the first season, it was only women who slaughtered scumbags and scumbags. However, in the second season, it became a "fatal man and woman", and a full-scale villain came.

Yes, there is also a "little wolf dog" in the second season - a young and unwilling actor, although he doesn't look very smart, and he is not as loyal as the little wolf dog in the first season, but his body and face have nothing to say of.

What's more worth noting is that this little wolf dog was secretly dating the daughter of another heroine, Alma, while dating Rita, and a complicated relationship was formed between the three women.

But in the later stage of the plot, the heroine begins to decline in IQ and tries to solve all the problems with the murderer. If she calms down, it is not impossible to be a black-bellied winner (see the heroine of "How to Get Away with Murder"). It's a pity that the heroine is ambitious, but lacks the patience and caution needed to succeed.

The rhythm of the second half becomes even more absurd. The heroine is completely distorted by vanity, ignoring her daughter and her husband. The husband is the biggest tear in the show. Although he has quirks, he is kind in heart. He is still willing to take the blame for his disappointment to his wife. When he finally died, he did not complain, saying goodbye my beautiful girl...

The little milk dog realized that the sentence at the end is very good. I hope that the child will look average and not have too many expectations for this world.