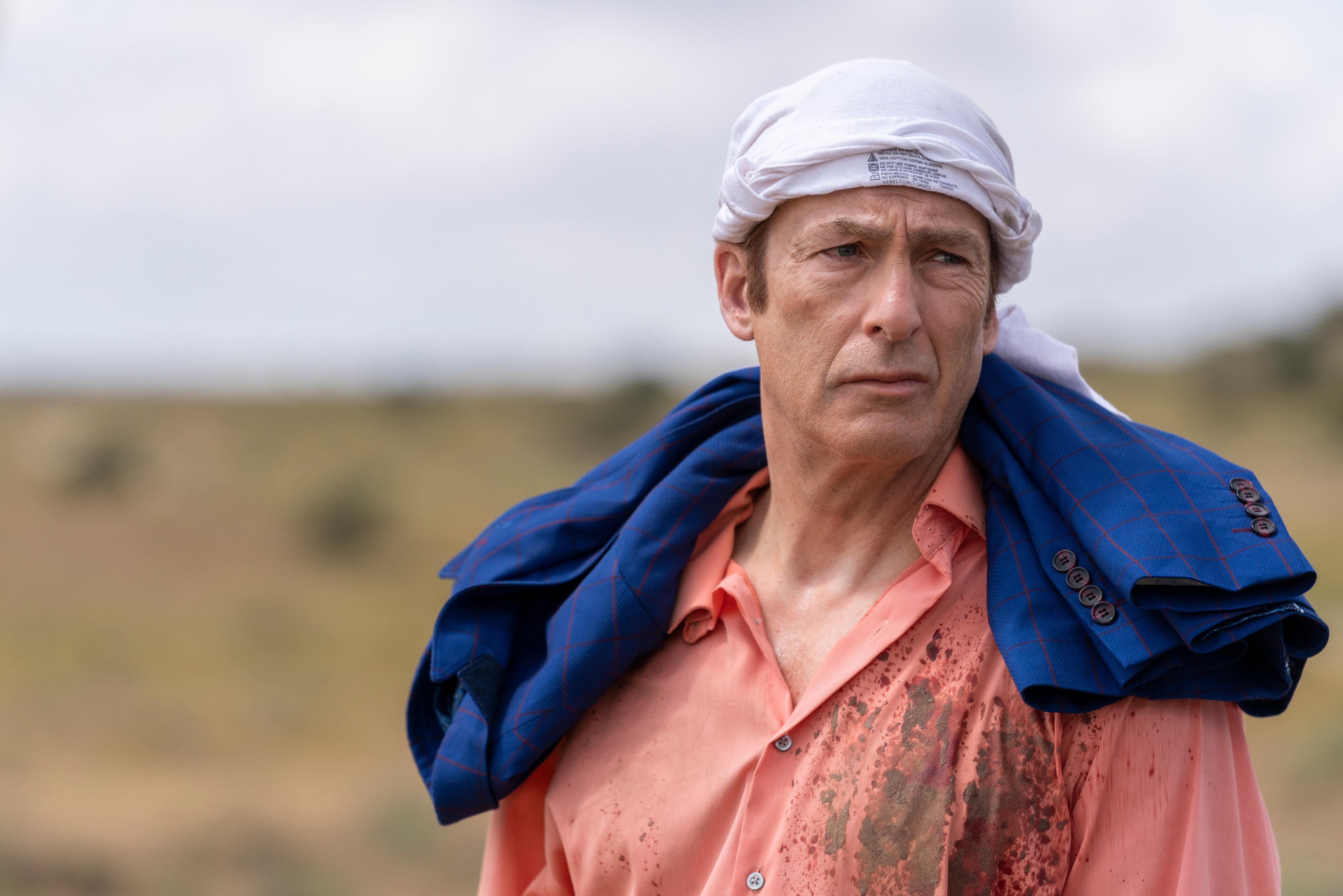 The eighth episode of "The Coquettish Lawyer" can be said to be the climax of the fifth season, making Jimmy face sin and shattering all values. Jimmy became a "friend" of the drug dealer group and promised Mike to release Lalo on bail. The bail was seven million, and Jimmy had to help him get the money. To this end, Jimmy fell into a catastrophe that he will never forget.

1. Jimmy chooses to make friends with the drug cartel.
Jimmy finally chooses to befriend sin. This is the further blackening of Jimmy's character in five seasons, but blackening does not mean black, but Jimmy has always done justice for the bottom. This time, he broke through justice, to destroy Jimmy's self-righteous justice and rekindle justice.

Second, Jimmy's choice, the risks outweigh the benefits.
"I'm back" was Kim's first words when he got home.

This scene is actually very tense. In an ordinary TV series, this sentence is nonsense and a waste scene, but "The Coquettish Lawyer" is different.

Kim's response revealed two things:
One is the bottom line of professional ethics and rational thinking, indicating that doing things for criminals is more risk than benefit. The second is the worry and sharing of joys and sorrows as another partner. Especially in the last sentence, Jin used the tone and attitude of a hostess. The words "I don't like it" and "I don't want it" are strong subjective ideologies, and they just reflect Kim's concerns and worries. That's why, when Jimmy didn't come home overnight, Kim risked his life to find Lalo.

3. The evil of money, the coming of catastrophe.
Lalo's two cousins ​​took the money with a grim look. As everyone knows, he has been targeted by his own people, and he has reported to other gangsters for the purpose of 7 million US dollars. This is the reason why Lalo doesn't trust his own people and only talks about money.

Master Tang in "Let the Bullets Fly" said, "Eating hot pot, singing songs, and suddenly being robbed by the gangsters." That's right, Jimmy was also robbed for no reason in this state. He thought that the robbers only needed money to save their lives, but he didn't expect that these robbers would kill people. He was completely frightened. For the first time in his life, he encountered such a thing. A pistol was pushed to his forehead. In such a situation, the meritocracy is completely ineffective, and these people just want money.

Just as Jimmy's life was hanging by a thread, a gunshot rang out, and the robber's head blossomed, spattering Jimmy's blood. Mike came on stage, and although he solved the robbers at once, he was still run away by one of them.

Fourth, from a civilized society back to a primitive society, waste a drop of water and drink a drop of urine.
From civilization to primitiveness, in an instant. Delicate Jimmy, being knocked out of all self-esteem again and again by reality. What the desert lacks most is water, and the most valuable thing is water. Without water, I can't live a day, and Jimmy realized that washing shoes with water is the biggest mistake in life.

5. Why is the eighth episode of "The Coquettish Lawyer" the climax of the entire season?
To present the reality incisively and vividly, whether it is a civilized society or a primitive society, survival is the first element.

The ups and downs of Jimmy's transformation, Mike's original intention, and Jin Weiai's breakthrough of professional boundaries are deeply portrayed and thought-provoking.

At the same time, the use of the lens perfectly presents the changing landscape of the desert, enhances the visual enjoyment in an all-round way, and focuses on the close-up lens, the telephoto lens, and the high-altitude lens to realistically realize the object, thereby reflecting the inner changes of the characters and the progress of the story.