The eighth and final season of "Game of Thrones" officially started filming in October this year. Judging from the performance of the actors who have read the script, this finale is undoubtedly very exciting and worth looking forward to.

According to recent interviews with foreign media, Sophie Turner, the actor of "Three Silly", and Kit Harington, the actor of "Jon Snow" (Snow), both expressed mixed feelings about the script of the new season. 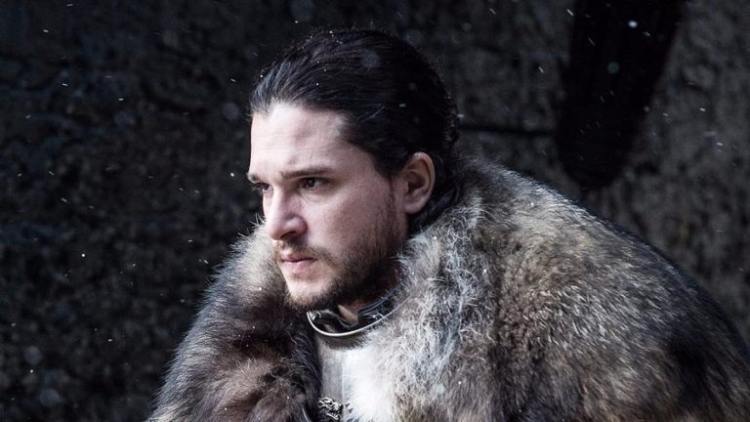 Sophie Turner
"The ending is really sad and happy. On the first day we entered the crew, we saw the final script, hey... Really, Lan Shou. In the last paragraph, everyone decided to read aloud together, almost everyone participated, and we closed the window. , spent six hours in the room, and as soon as 'Game of Thrones Final Chapter' came out, everyone cried, clapping and laughing when they were done." - Sophie Turner

After speaking, "Three Silly" sighed with emotion, "Shocked, sad, but more of a sense of pride, we realized that we did it, a sense of pride that we have created a miracle. Although we were a little emotional, but then we thought about it. , there are still eight months to come."
"I'm really excited, we finished reading the script last week, so I know everything now, and I can't help crying at the end, not because of anything special, but 8 years later, no one is better than us More concerned." - Kit Harington

As we all know, "Game of Thrones" uses a multi-line narrative, thinking that everyone will eventually join forces to fight the White Walkers, so some fans speculate that this last scene brings everyone together?

White Walkers
Guessing is guessing, but one thing is certain, Sansha and Jon Snow of the Stark family will live to the last episode.

Finally, HBO said the final season will be released in 2018 or 2019. Due to the script being leaked by hackers in the new season, we may have to wait longer than previous episodes.
Since the launch of "Game of Thrones", its unprecedented popularity and ratings have caused the "spoiler party" to follow suit. In the fifth season, the original party was inadvertently mine, and later it was swayed by the paparazzi brigade and the news that the true and false fans were indistinguishable.

Once, "囧雪" Kit Harington gloatingly mentioned when he participated in the famous American talk show "The Jimmy Chicken Show" that in order to prevent the paparazzi from being secretly filmed, the crew specially arranged for him to act in three fake scenes. , so the plots inferred on the Internet based on stills and videos are false.

It seems that in order to suppress the pervasive spoiler party, HBO's father has taken great pains to not only cut off the promotional disc, but also arrange to shoot fake plots.
It's a pity, fire, theft, and paparazzi, I didn't want to be invincible to prevent disasters from causing Xiao Qiang.
The boss of the production team seems to have admitted that we Stormborn Daenerys, the Unburnt, the Queen of Meereen, the Andals, the Queen of the Royna and the First Men, the Ruler of the Seven Kingdoms and the Guardian of the Realm, Big Grass Khaleesi of the Sea, Fangbreaker, Khal of the Horse, Aunt of the King of the North, Mother of Dragons will be pregnant with Jon's child.