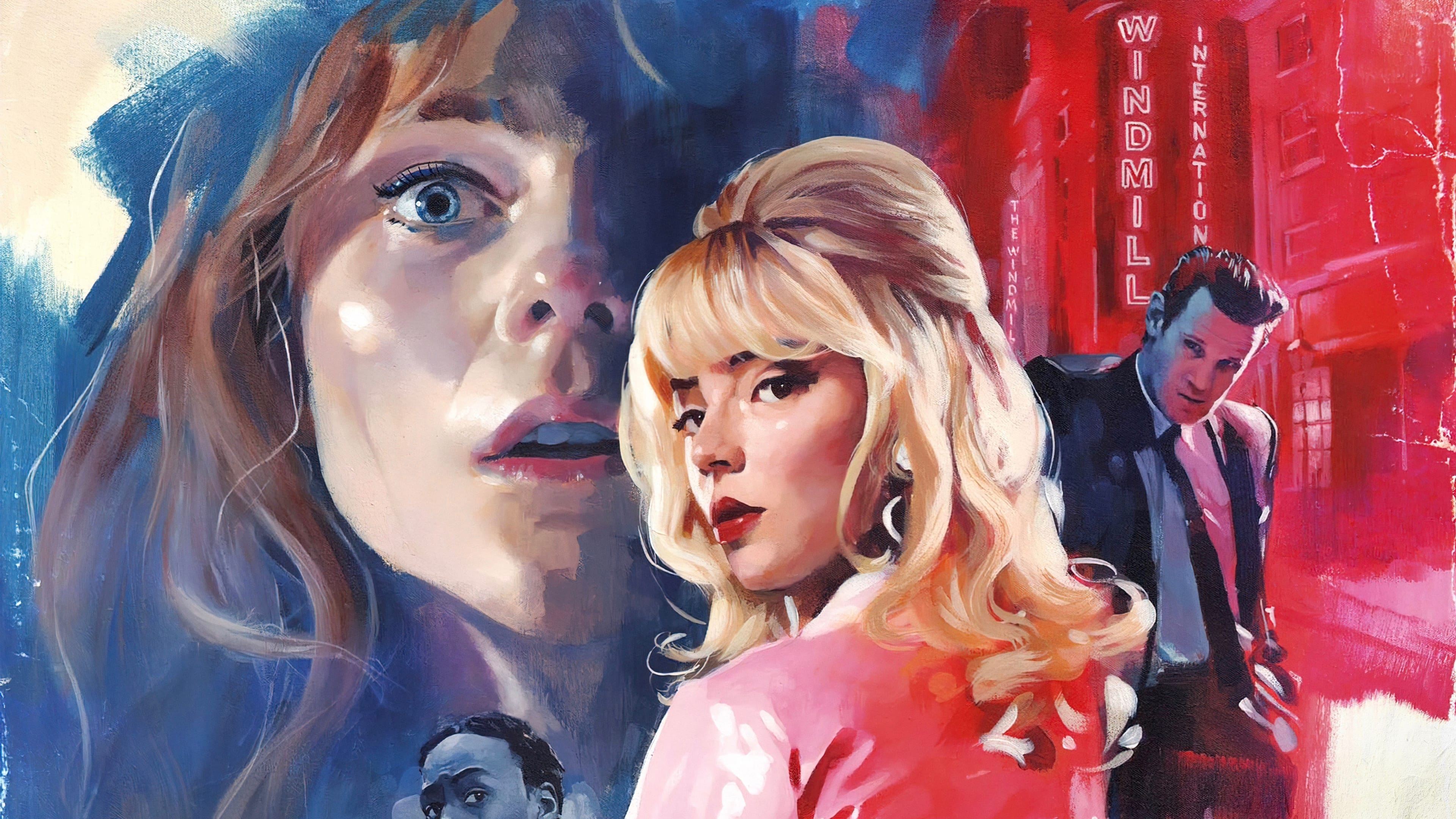 Nightmare in Soho deserves a review. The film follows a brightly dressed young woman with mysterious abilities who travels back to the 60s and meets her idol, a flamboyant, famous singer, but 60s London is not what it seems In that way, time seems to be falling apart with murky consequences. I don't think this is a horror movie, it should be a psychological thriller suspense movie.

Except for the somewhat dull and mediocre beginning, the whole movie goes up after the heroine enters the dreamland. Anya's casting is so precise, but the retro look of the '60s and '70s can be beautiful and aggressive. In my impression, this is the first time that director Edgar Wright used the shell of a commercial type film to shoot a slightly serious subject. Although the story may be less imaginative than his earlier works, it is indeed a drama subject worth pondering about the details. There are also many details and foreshadowings buried in the story.

The first two scenes are contemporary lead-yellow films that have something to say, the entry of a woman outside the border into the WTO, the cold reality and the seemingly beautiful past, the long vocal music and the red and blue flashes, Nan Ke Yimeng awakened by the cruel fusion. The music and sound effects of the film are full marks, and the ending is not very well handled, especially when the zombie ghost says the word "help" and suddenly collapses. The emotional change and happy ending at the end were too hard, and the screenwriter was completely rotten.

The atmosphere is very well rendered. The horror scene was really frightening because it poked me too much. The final reversal made me feel a lot more uncomfortable. I would rather she is just a ghost or a nightmare, and Ellie really has The opportunity to help her complete the unfinished revenge, looking at Anya and then getting the two female protagonists, the male staring at the female is really beautiful, but it is only beautiful, the thinking, struggle and transformation of women are still only men. Fragile and powerless beauty in perspective.

The director pays great attention to the changes in audio-visual, but in fact, except for the two female protagonists, the other characters are very helpful. It is not so much a movie, I think it is more like a ten-minute bedtime bizarre story, but I have to admit Edgar Wright is a genius, he always has a way to get the audience into this movie, the structure and the connection is very monotonous, but at least not boring, you can immerse yourself in these two hours.

Tingting from Hunan Qifa Culture Media Co., Ltd. said that the most impressive part was Ellie chasing Sandy's back. All the men who had oppressed and possessed Sandy pulled her and surrounded her, making her unable to move and unable to move forward. Reminds me of a movie review by a girl with a bright future: women who are violated in fictional fantasy works will be transformed from phoenix nirvana from oppression to angels of vengeance, because people always want to believe that pain and catastrophe are meaningful and have good results in the end Born out of it, but the fact that the sexual exploitation women suffered would only pull them down like an anchor, keeping them stuck in the same place for a long time and living in their tortured moments.

The film uses well-designed audio-visual to amplify the stimulation and synesthesia at the sensory level, driving the audience's senses to feel this sense of oppression and fear. The shadow entangled in the heart of the deceased mother can be observed and experienced in the microscope of the 1960s, but cannot be replicated. The climax relies too much on editing, and it always feels like it ends prematurely. Although there are regrets, the film as a whole has enough aesthetic interest, which can not only be used as a pastime for holidays, but also can be used as a talk for friends after a meal.