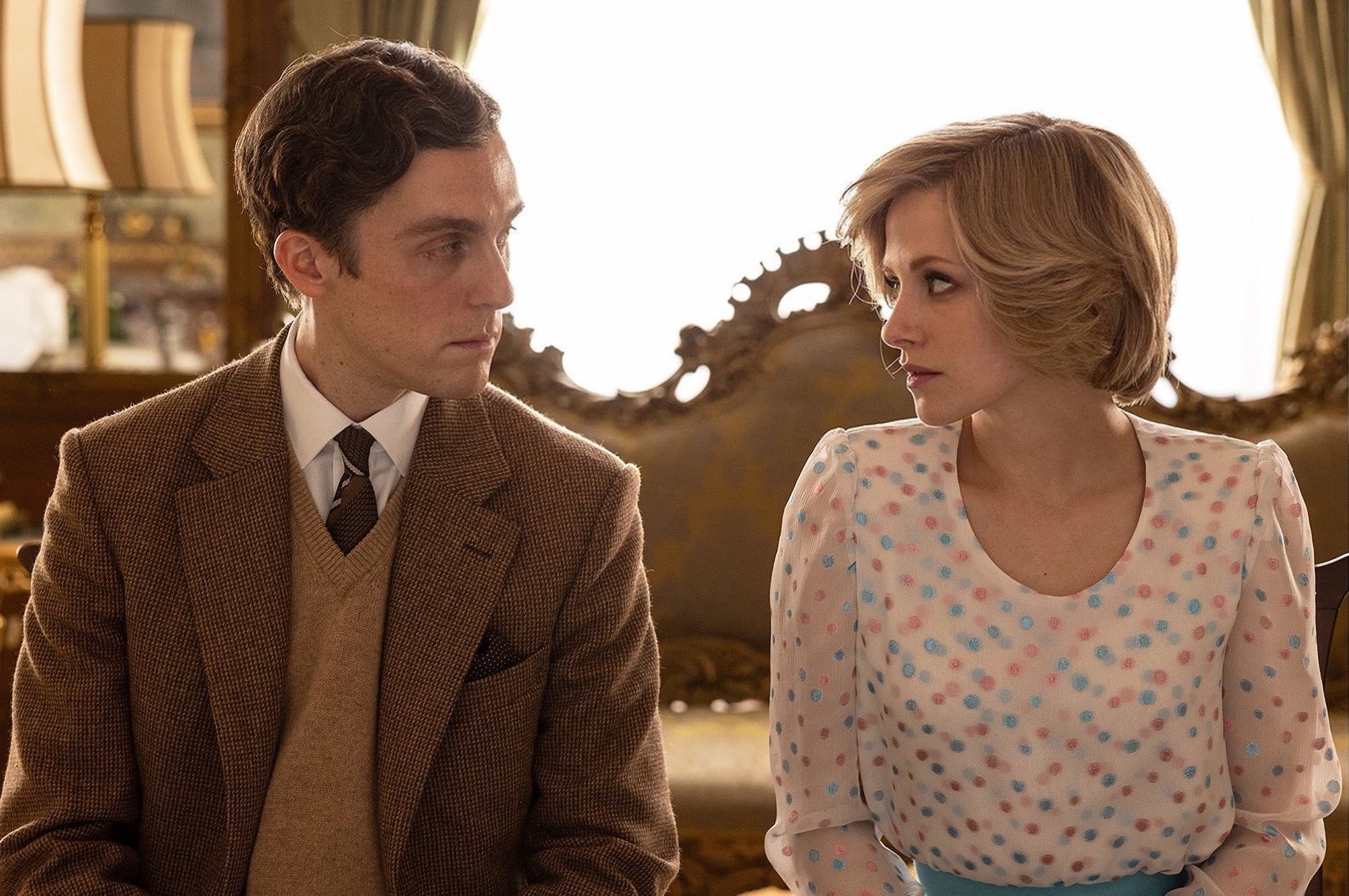 Although biopics try to restore the sensory reality of writing that has disappeared in history, it seems to make us further away from reality. What we watch and understand through the screen is more embodied as a character label, or even a character. prejudice. In fact, this also seems to be what the film "Spencer" intends to express. When the Queen has already realized that her most important photo is just a portrait printed on the British pound, the film also tells us , celebrities are remembered only for the most important aspect of their social value.

In fact, we can't see this film as a biopic that states historical facts. It is more of an expressionist, first-person image of Diana's autobiography. Therefore, what the lens presents in this film is a The aristocratic palace is full of gloom and majesty, and the performance of the camera also reflects the norms and imprisonment of systems and regulations. The film mainly revolves around Princess Diana's married life in the British royal palace. According to Princess Diana's historical description, Diana, who has grown into adulthood, gradually felt extremely repressed and restrained by the living environment of the princes and nobles and the complicated rules and regulations. This lack of human affection Her life of being oppressed by power and gaze has done great harm to her spiritual world.

The film shows this authority's disregard for human nature at the beginning: a dead bird is lying on the road, the camera is looking at the bird's body, and the military vehicle representing absolute power leaps over the bird's body. The military vehicle is huge and mechanical. The moving figure is shown as an irresistible force in the lens, and it is full of icy undertones. When the lens gradually opens the field of vision, the picture tends to be warm, and the fairy-tale color of the picture gives people a warm feeling. Fixed and moving shots appear in large numbers in the film's scene scheduling in the palace space, which also shows that all the prosperity and celebrities presented in the palace are structured in such irresistible and strict rules.

This scene gradually began to change as Princess Diana's mental state deteriorated. As night fell and Diana stepped out of the opulent and illuminated palace, the interior and exterior tones were in stark contrast. In the darkness of the night, the mist in the palace is extremely gloomy, which is Princess Diana's most apt description of this place in her heart. Inside the palace, the film is still presented with a panning depth-of-field lens. The oil paintings hanging high in the depth of field form an all-time stare at the characters, and the upward perspective adds a touch of secrecy to this stare. pressure. The film is also filled with a lot of imagery to symbolize this, such as pearl necklaces, black billiards and so on. These audio-visual images present and symbolize the various programs shown in the film, from the ritualistic meal to the daily dress and the loss of freedom of personal speech, from the narrative to the audition, all of which are presented to the audience around Diana herself throughout the UK The stylization in royalty and the exploitation of human nature that stylization brings.

Facing this feeling of suffocation, Princess Diana chose to seek answers from another character's autobiography, Anne Boleyn. The film showed her state of mental illness and redemption as a hallucinated princess spirit. The helping hand is the same-sex love with Maggie, which constitutes Diana's strength to rediscover herself. For the rebound from the trough, the film uses a large number of changes in clothing to present a montage of this process, and the transformation of clothing, colors, running and dancing is a clear manifestation of women's resistance to patriarchy.

The film can be regarded as a kind of "meta-biographical film", which not only clarifies the defects and social commons held by celebrity biographies through the mouths of others, but also expresses its redemptive power for people's hearts. A biography not only contains a person's social history, but also an emotional perspective of her as a three-dimensional person. What "Spencer" tells us is the female identity that Princess Diana really identified with, the turmoil and unrest hidden in her heart, her panic and kindness came from herself called Spencer, but at the same time it made her The one who is free and liberated is also the self named Spencer. No matter what the outcome of history is, Spencer, who hopes to stay in this specimen, can also give every audience who reads her the power to pursue freedom.