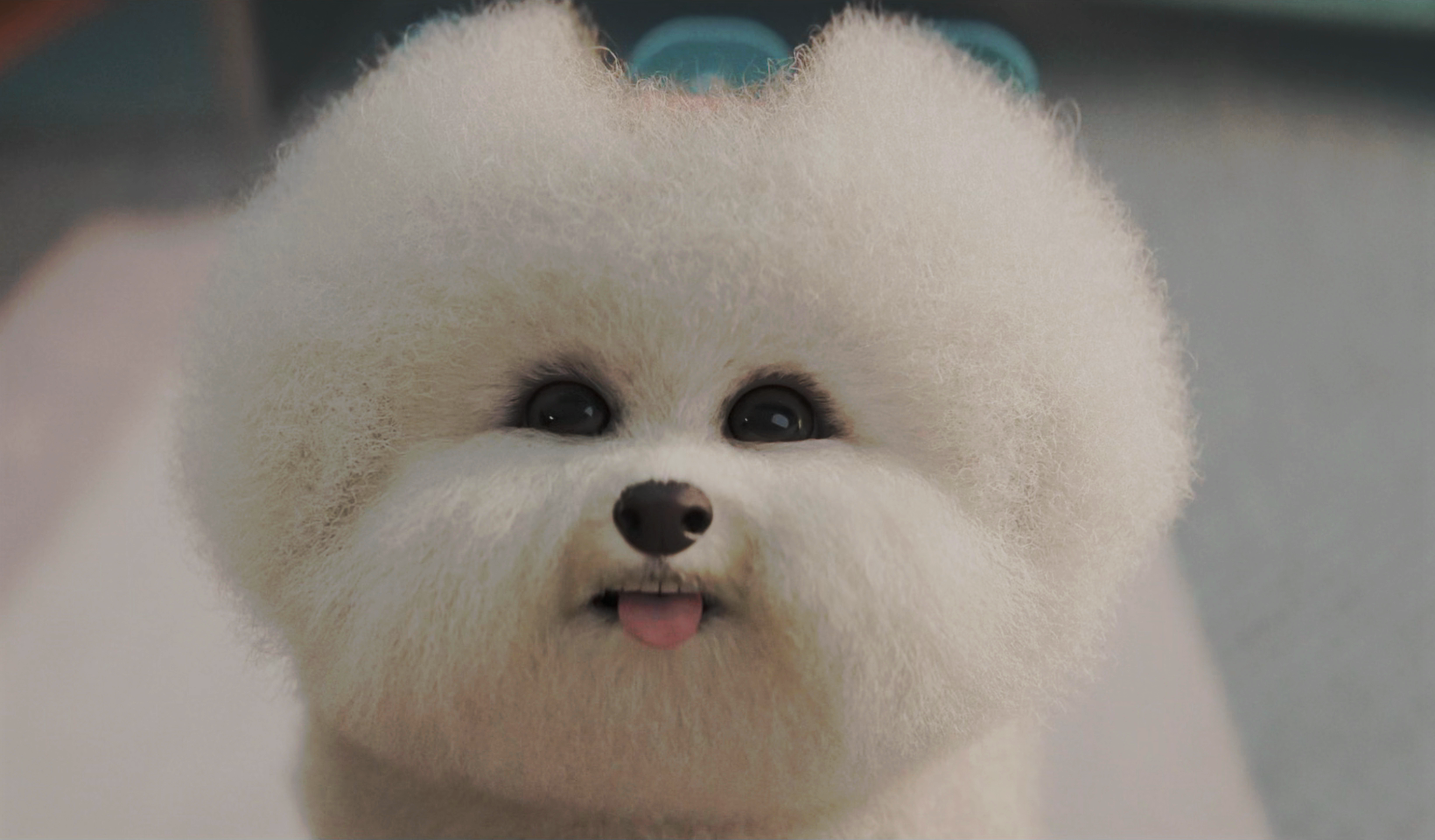 Maybe we can try to use three small labels such as animation, art and technology to match love, death and robots. Animation is a kind of love, because even if animation has no language, it can still convey a general feeling, just like love; art is like death, art and philosophy are the positive and negative poles toward death. Make your own mortal life immortal; and technology is like robots, technology can help us, but technology can also bring disaster.

Automated Customer Service and Life Hutch tell the same story: the out-of-control technology. Whether it's the sweeping robot that glows red like Hal's in a space odyssey, or the robot dog that glows green and looks like a juggernaut, they all convey the oldest proposition of science fiction: our creations are out of control. In fact, one of the grandfathers of science fiction, Frankenstein, describes such a story, so such a motif is no longer new. If Automated Customer Service makes us laugh with a piece of hair shaved from both humans and dogs, Life Hutch is just showing off its technical muscles. You look at the beads of sweat on that black man's face, it's really amazing. But we have to ask: Besides these, is there anything else? Advanced technology doesn't add much to them, Automated Customer Service is another tribute to WALL.E, and the chaotic flashbacks of Life Hutch make people dizzy. Technology shouldn't be everything in animation, we need more.

Pop Squad and Snow in the Desert are two decent episodes. The modeling Sun Ran of the two is not as agile as Life Hutch, but the script and storytelling are more mature. Snow in the Desert has a clever pun: both the protagonist Snow living alone in a desert, and his eternal life among mortals: so rare, yet so fragile. As a wanted criminal, he sends strawberries to eat every month, making the character's arc more perfect. In the end, two near-eternal beings merged: the cyborg and the undead. Pop Squad discusses the approximate proposition: when we can choose immortality, what do we need to give up? The answer here is the right to procreate, our future. Therefore, when faced with endless slaughter, an immortal is shaken, and only death faces him. We always love to fantasize about immortals giving up immortality for love. For example, the elf princess becomes a mortal for Aragorn. It has to be said that this is a mortal romance, because we have no idea what the immortals will think, maybe in the eyes of the immortals , love is a thin illusion. The gist of these two episodes gives them actually more room for adaptation, which should open up more possibilities if given to an author like Villeneuve.

All Through the House is a personal favorite. His storyboard and rhythm control are the most mature, from the discovery of "Santa Claus", to "Fright", to "Return to Calm", which deconstructs the image of Santa Claus and creates another uninhibited imagination. The monster's tiny hands are hard not to think of the amazing creation of the spinning top in Pan's Labyrinth. In fact, this sketch is very similar to the motif of the spinning top: black fairy tales and black romance.

Ice is also my favorite work. I didn't check the background information, but it feels similar to last season's Zima blue style. This is a direction I appreciate very much. I am not obsessed with restoring the 3D world with 2D. My picture clearly tells you that I am a 2D animation, but so what? The light distribution and mirror movement like this film noir, the cyberpunk in the ice field, and the "stoned" visual presentation of inhaling unknown smoke are all amazing. The only regret is that the text is not as rich as Zima blue, just a simple, little story about identity.

And The Drowned Giant is currently my favorite of the first eight episodes. He reminds me of Marquez's "Old Man with Giant Wings". A sudden giant died on the coast, and people first feared, then conquered, then bored, and finally consumed him. The protagonist merely watches the miracle, keeping his distance from it, until it is about to corrupt before going up to take a look. Looking closely, the modeling of this one is also quite agile. The car and mountain scenery in the opening shot are fake enough, but it uses such advanced technology to tell a poetic story, which is where he is higher than Life Hutch.

The first eight episodes of the second season are still showing signs of rushing. I hope the second half will be more refined, and I still keep looking forward to this brand.